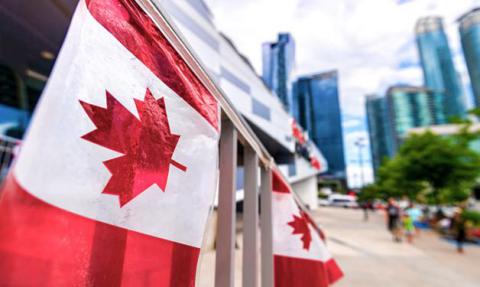 It's been more than 50 years since universal health care was established in Canada, and while Canadian’s health care needs have changed significantly over that time, the system has failed to adapt sufficiently to those changing needs.

That is the subject of this year’s annual lecture from the Centre for Clinical Epidemiology and Evaluation (C2E2). Dr. Jean-Louis Denis—a health system researcher based at the Université de Montréal—will discuss his research, 20 Years of Health Reforms in Canada: The Experience of Seven Provinces. Denis will share his comparisons of provincial attempts to meet changing patient needs and provide affordable, equitable and high-quality care within a system he says is still too overly-medicalized.

Because of public expectations and a tradition of seeing hospitals and medical services as the lynch pins of the system, Denis says it is hard for provinces to shift away from this predominant model of care.

“It’s very difficult to reconcile pressure for access to specialized care with demands in terms of health promotion and population health prevention. We do see money put into other areas of care, but never at the same level that is put into these specialized services.” As a result, Denis says the system across Canada remains more reactive rather than proactive and prevention-based.

“There’s a general sense that the reforms that have been undertaken to date have not improved the system enough.”

Denis says new priorities include mental health, chronic disease (partly due to people living longer) and a wider prevalence of obesity. “In the case of obesity, it is generating a higher incidence of chronic diseases, like diabetes. We need a different response.” Denis also notes many cancers that were fatal twenty years ago are now treatable—but with ongoing and intense monitoring and medication. “We are also performing surgeries and interventions on older adults who then require extensive follow-up and home care. We need to adapt to this reality and spread the care model beyond just doctors and institutions.”

Denis says about four per cent of Canadians are individuals at high-risk and high-users of health care who use about 30 per cent of resources. “If you can make aggressive policy changes within this segment of the population, you can reap huge benefits in terms of reducing costs and improving patient care," says Denis. "Some provinces recognize this and are trying to make changes with initiatives to promote better self-management of disease. But the jury is still out on their success rate.”

In the case of BC, Denis’ research looked at efforts to engage physicians more effectively, focus more on chronic care management, encourage patient feedback and improve primary care access. With primary care, Denis says BC, like most provinces, still relies too much on general practitioners and is not making enough of an effort to supplement their services with nurse practitioners and physician assistants or community services.

In a perfect world, Denis says there would be a huge shake-up of the system to meet the changing health needs of Canadians. He’s interested to see where the Pharmacare debate will end up. “It would be a good thing if they can implement Pharmacare and make it part of our health care system. It would signal that the public-health system can be more broadly based and comprehensive.”

“Individual policy makers and health care managers struggle to transform the system, but the fundamental medical-hospital focus is still there.”

“In my lecture, I’ll discuss how the system is evolving—albeit slowly—with these provincial ‘reforms’ and I’ll share which strategies are most productive.”

The annual C2E2 lecture will take place on November 14, 2019 at the Diamond Health Care Centre in Vancouver. Register online.