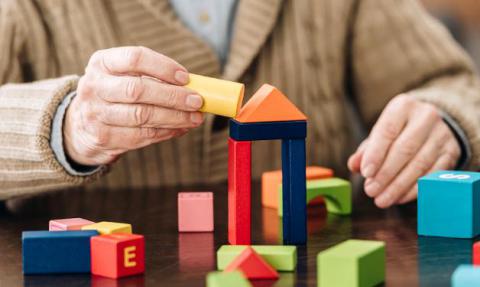 Evidence-based advice is a guiding principle for researchers at the Centre for Clinical Epidemiology and Evaluation (C2E2), a Vancouver Coastal Health Research Institute (VCHRI) research centre. The Health Technology Assessment (HTA) team at C2E2 strives to investigate and validate approaches that both help patients and optimize the use of health care resources. C2E2’s HTA team is commissioned by BC’s Ministry of Health to undertake HTAs for topics that are prioritized annually by the Health Technology Assessment Committee (HTAC). In the case of researchers from the HTA team, the academic work has resulted in policy changes that will benefit the estimated 13,000 BC residents who are living with Parkinson’s disease.

“Provincial decision-makers faced a choice,” explains Meghan Donaldson. “They could increase funding for an existing surgical treatment—deep brain stimulation (DBS)—or they could begin funding a new drug treatment called DUODOPA.” Both DBS and DUODOPA are used to treat dyskinesia (among other symptoms), which is uncontrollable movement that can occur in the later stage of Parkinson’s.

DBS involves implanting electrodes in a part of the brain that controls movement. A pacemaker-like device is then implanted in the chest to control the amount of electrical stimulation delivered to the brain. DBS can lead to better motor control and allow people to use less medication. However, patients eligible for DBS faced significant wait times (up to two years) for the surgery as only one neurosurgeon in BC is currently performing the procedure. DUODOPA is a drug therapy delivered in the form of a gel through an intestinal pump which is implanted by a gastroenterologist, who may have shorter wait times.

To help inform the decision, the HTA team compared the two approaches in a comprehensive analysis that looked at immediate and long-term outcomes, considering future costs, and multiple scenarios for implementation, including whether drug prices might fall, operating room costs, and post-op care for DBS versus having patients simply taking a drug at home.

“At first, everyone believed the drug would be the best option— a treatment short cut that is less invasive and less costly,” says Tania Conte. “But when we pulled the evidence, and considered patient and clinician perspectives, we found that DBS is the most cost-effective option with the best clinical results.”

“With the help of our evidence-based findings, the Province decided to double the surgical capacity for DBS," says Conte.

Conte says some of the initial positive reports of DUODOPA results were based on short-term studies, however longer-term studies showed DBS was more effective at improving dyskinesia. “So, using our research, the Province made a decision to not only increase funding for surgical services, but also initiate decentralization of follow-up services.” Under the new policy, the aim is to improve access and timeliness for patients to get their DBS device batteries changed or to recalibrate their electrical impulse settings, which can vary over time.

Cost is always a factor when decision makers assess new public health policy.  The C2E2 team was able to show significant bottom-line differences between the two approaches. The team’s projections showed that over the course of ten years, treating a patient with DBS costs $228,053 compared to treatment with DUODOPA, which comes in at $537,000.

“In a publicly funded system, where resources are always limited, we need to be making the best use of those dollars,” says Donaldson.

The HTA team is proud that their work has resulted in benefits for both patients and health care organizations. “Our HTA process is a transparent and rigorous approach that helps to inform the best path forward,” says Donaldson. BC is the first province to conduct a Health Technology Assessment of DBS versus medication. Conte says other provinces may now take these findings into consideration too.

In 2018, 35 patients received DBS, with one neurosurgeon qualified to perform the procedure. That number is on track to double to 72 this year, and plans are underway to recruit a second neurosurgeon. Affecting more than 100,000 Canadians, there is no cure for Parkinson’s disease. But for Parkinson’s patients, the benefits of effective movement control are clear. It reduces the risk of serious injury and enhances social connections by allowing patients to continue living and working independently.