Evaluating the 48-hour Benchmark for Surgery: The Canadian Collaborative Study of Hip Fractures 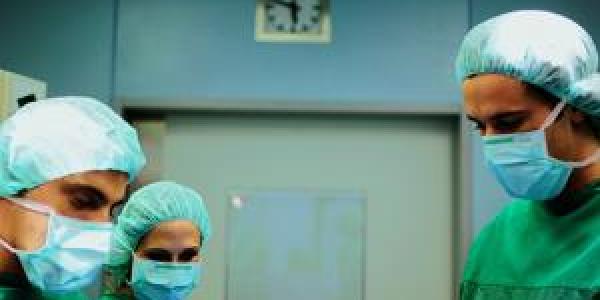 Each year, Canadian hospitals admit over 25,000 older men and women with fracture of the hip. Overall, two-thirds of these patients receive surgical treatment on the day of admission or the next day, but the timing of surgery varies widely across the country. Canada’s health ministers have adopted 48 hours after admission as a benchmark for provision of hip fracture surgery. However, current evidence is insufficient to justify the changes in hospital care that would be required to prioritize access to this procedure. This knowledge gap is important, because of the pressing need to identify patients who will benefit from accelerating their surgery through the 48-hour commitment.

In this population-based study we will use the Canadian Institute for Health Information Discharge Abstract Database to identify patients admitted for hip fracture surgery to any acute care hospital in Canada between 2003 and 2012. Comparisons will be made in health outcomes among patients exposed to various wait times before surgery and across subgroups of patients stratified by various patient and system related reasons for delay. We will test whether preoperative deaths were more frequent among Canadian hip fracture patients 65 years of age or older who remained untreated at 48 hours after admission. We will also determine whether postoperative complications and ensuing in-hospital deaths were more frequent when surgery was performed beyond 48 hours after admission.

why this work is important

The significance of this research arises from the opportunity to supplement existing knowledge about the benefits of expeditious hip fracture surgery with evidence from real-life care delivered to a large number of patients across the entire country. Our study will improve understanding of the pathways linking waits and health outcomes through a comparison of two types of in-hospital deaths, those occurring before surgery and those occurring after surgical complications. Finally the study will identify groups of patients who would benefit from accelerated access to the procedure in terms of fewer complications and deaths.

With help from the Vancouver Coastal Health Decision Support team, we are currently generating an episode of care-based dataset to further our analysis of hip fracture care in Canada.

The Public Health Agency of Canada has released the Chronic Disease and Injury Indicator Framework, which reports that the rate of annual hip fractures in those 40 years and above is 147.9 per 100,000. This rate is higher than prostate, breast, and lung cancer, underscoring the need for better public awareness of how to promote hip health.

As of October 23, 2014 our team received our data set from the Canadian Institute for Health Information. This data will allow us to begin our analyses.

Led by Drs. Pierre Guy and Boris Sobolev a collaboration of researchers across Canada was awarded a Canadian Institute for Health Research Operating Grant to evaluate the 48 hour benchmark for hip fracture surgery.

Through a Northern Lens: Community Perspectives on Health and Wellbeing in Northern BC

Mind the Gap: Health Services Research to Improve Access to HIV Care And Treatment in BC